Temples, Megaliths and the Quest for the Other World with Freddy Silva

From the Peru to Japan, and Persia to Scotland, new evidence reveals how ancient temples were designed for the most secret of all rituals, in which initiates consciously left the body, crossed into the Otherworld to access restricted knowledge, and returned with greater control over the process of manifestation. The ritual was called a ‘living resurrection’ and its practitioners were described as ‘risen from the dead’.

This fresh insight explains the true purpose behind some of the world’s most famous sacred sites, such as Saqsayhuaman, Tintagel, the ball court of Chichen Itza, the curious stone towers of Lake Titicaca, even the Great Pyramid of Giza. It also re-appraises the anomalous ‘funerary temples’ of pharaohs Unas and Thutmosis III, in which no one was ever buried.

Tonight you will discover how ancient temples were designed to transport people to another reality, and why initiates of this refined art — such as Plato — described their personal experience as the pinnacle of spiritual development.

Freddy Silva is a best-selling author and leading researcher of restricted history, ancient knowledge, sacred sites, and the interaction between temples and consciousness.

He has published five books in five languages.

Described as “perhaps the best metaphysical speaker in the world right now,“ for nearly two decades he has been an international keynote speaker, with notable appearances at the International Science and Consciousness Conference, the International Society For The Study Of Subtle Energies & Energy Medicine, and the Association for Research and Enlightenment, in addition to The History Channel, BBC, GAIA TV, and radio shows such as Coast To Coast.

Learn more about Freddy Silva at his website invisibletemple.com 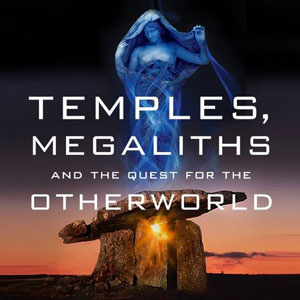